Now I Am Become Death

Looking back at the atomic bomb, 20 years after its first detonation.

Dr. Robert Oppenheimer oversaw the research and development of the atomic bomb in the 1940s. He aided in the development of a weapon that would change the world, for better or worse. In 1945, he was an eyewitness in the first detonation of an atomic bomb. 20 years later, he reflected on his initial thoughts upon witnessing the atomic bomb, stating his famous line “Now I am become Death, the destroyer of worlds.”
This project visually interprets a famous quote by Robert Oppenheimer, which goes as follows:
"We knew the world would not be the same. A few people laughed, a few people cried, most people were silent. I remembered the line from the Hindu scripture, the Bhagavad-Gita; Vishnu is trying to persuade the Prince that he should do his duty and, to impress him, takes on his multi-armed form and says, “Now I am become Death, the destroyer of worlds.” I suppose we all thought that, one way or another.”
The final video combines traditional and digital animation techniques to bring Oppenheimer's words to life. Stop motion manipulation of printed paper and digital photomontages provide dynamism and character in a manner appropriate for the subject matter.

One of the stop motion sequences from the video, where a printed map of the first atomic bomb detonation site is torn open. In the final animation, an image of Japan is placed as the target.

A peek at the layers and controllers in After Effects involved in the scene featuring Uncle Sam and Emperor Hirohito. 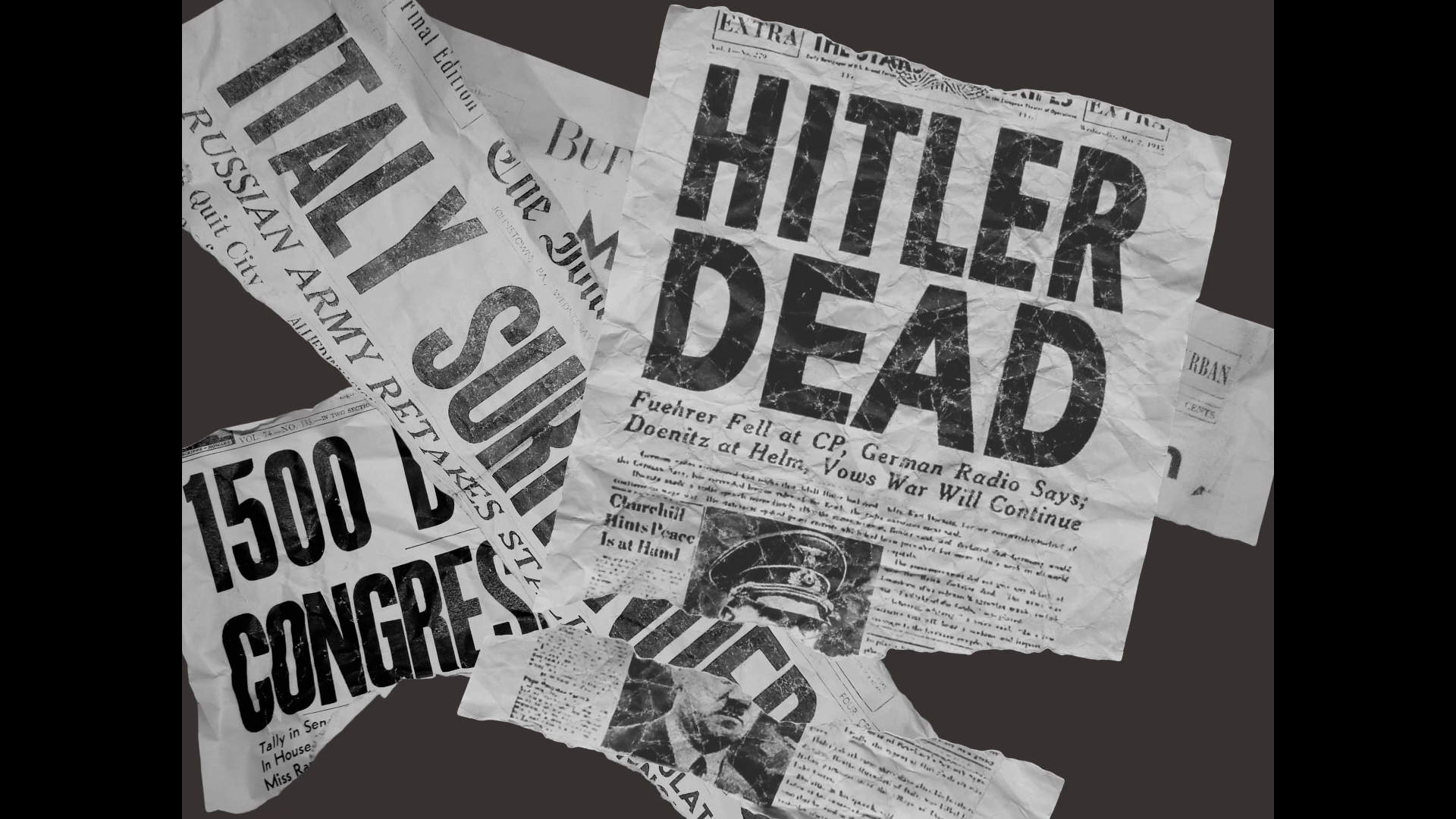 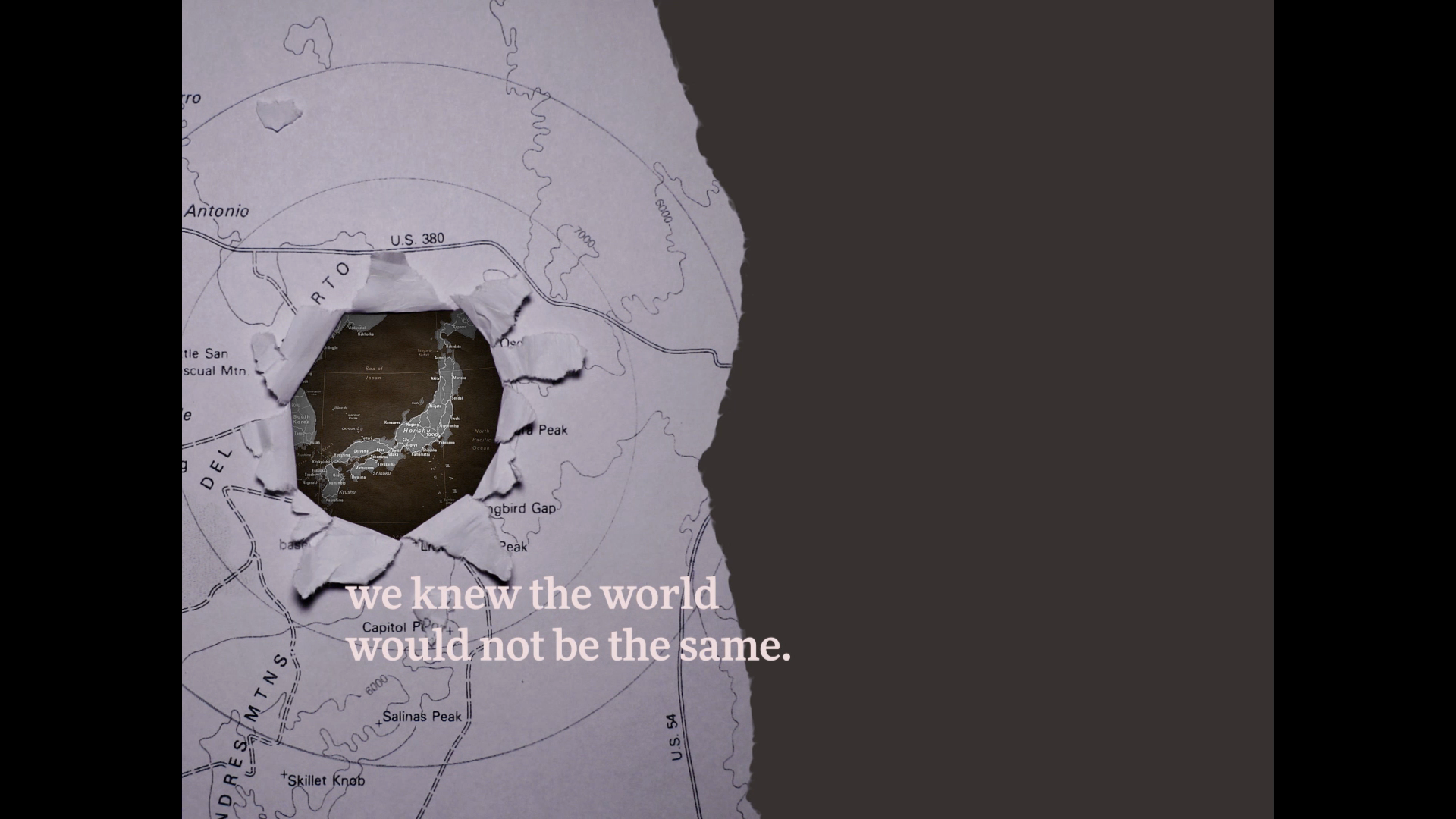 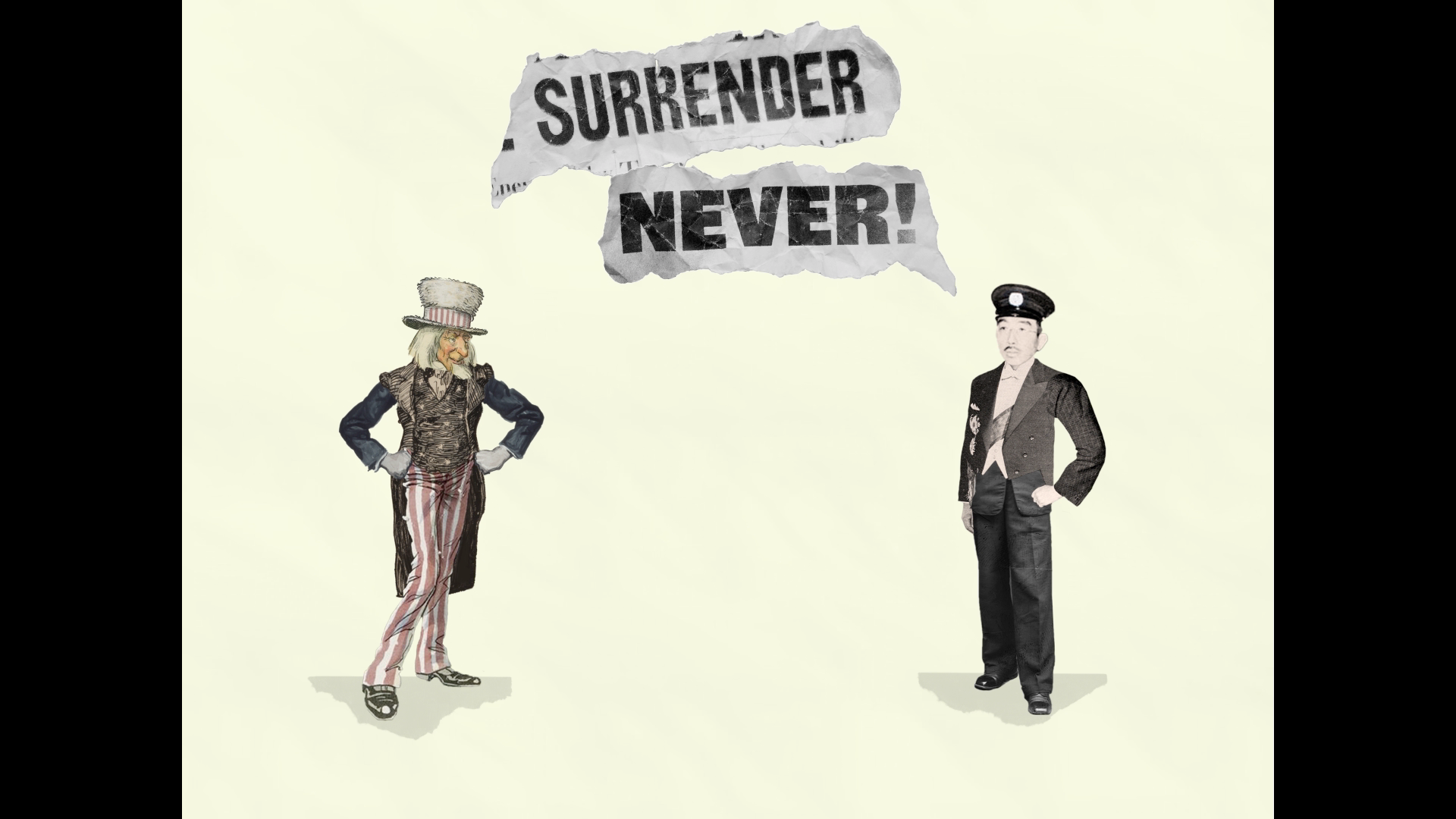 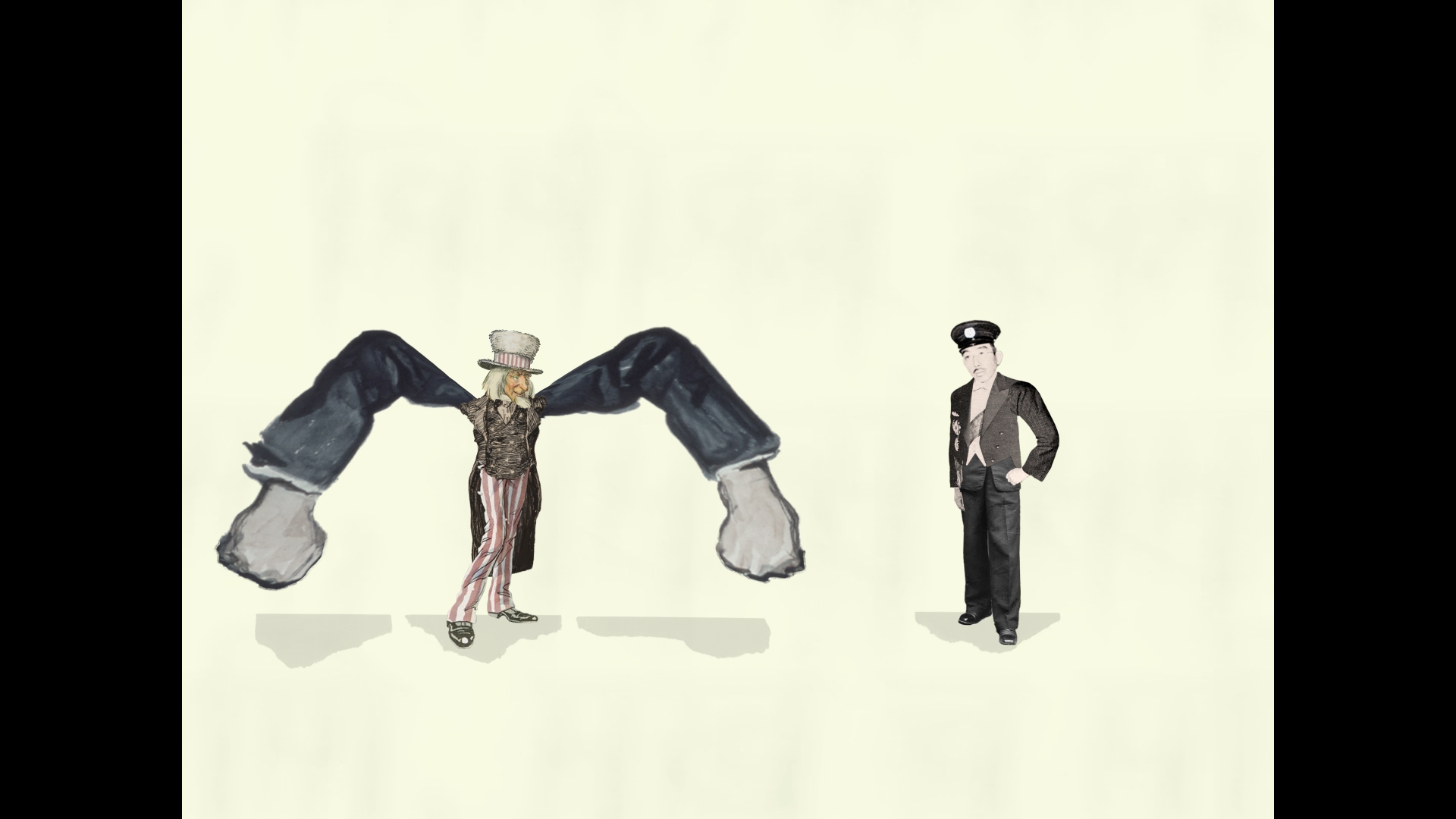 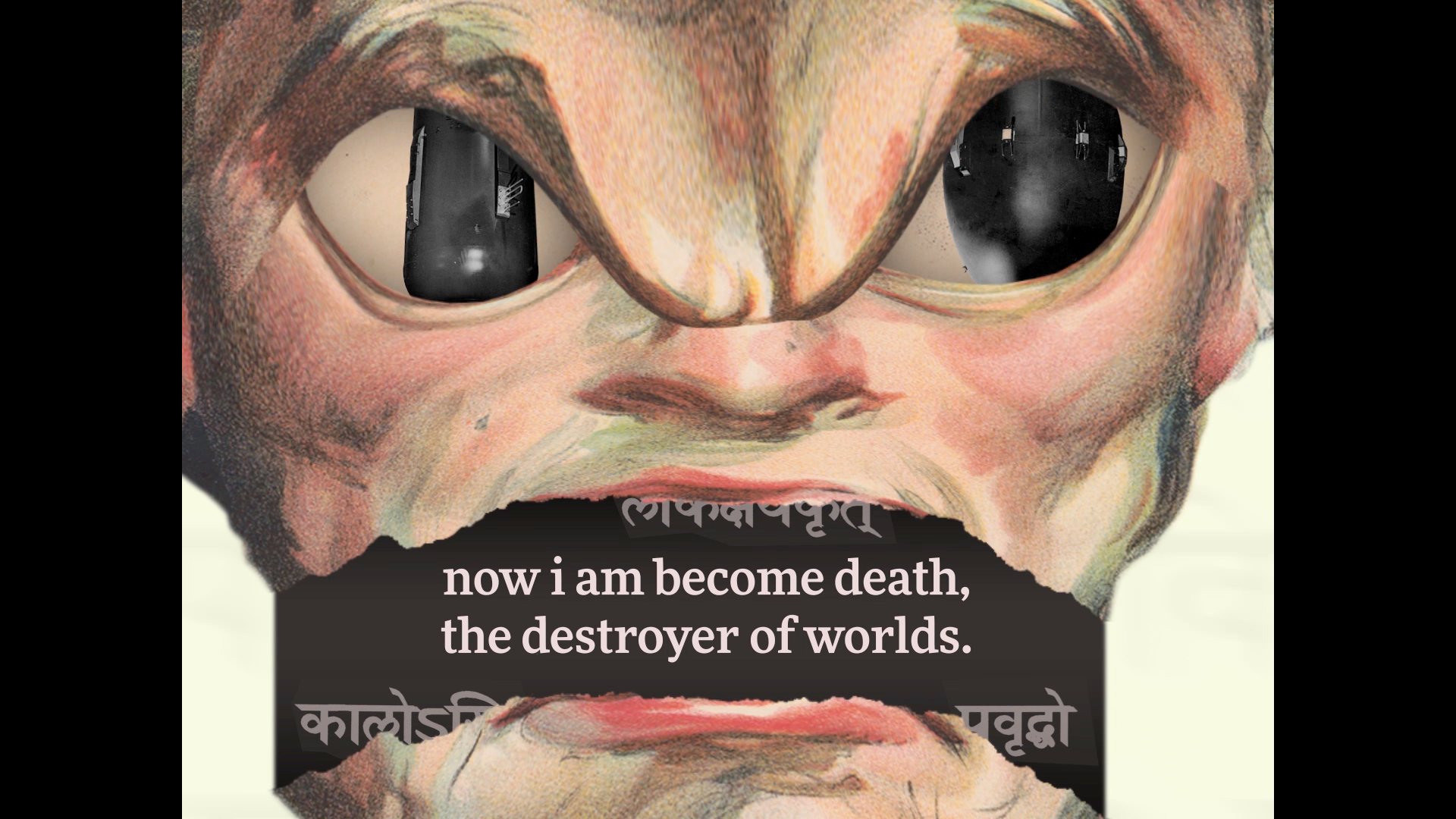